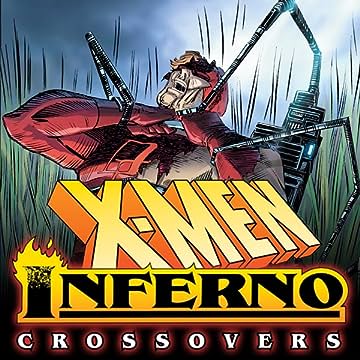 Collects Avengers (1963) #298-300; Fantastic Four (1961) #322-324; Amazing Spider-Man (1963) #311-313; Spectacular Spider-Man (1976) #146-148; Web of Spider-Man (1985) #47-48; Daredevil (1964) #262-263, 265. As the X-Men's Inferno rages, the Marvel Universe feels the heat! The Avengers have disbanded — but when New York's inanimate objects come to horrific life, Jarvis assembles a surprising new lineup! While the Fantastic Four fights fires, Kang the Conqueror seizes his moment to strike! Spider-Man blames Mysterio for Inferno's weirdness, but soon finds himself battling demons, the Lizard…and his own possessed Thanksgiving Day parade balloon! Meanwhile, Hobgoblin faces a returned Green Goblin — and N'astirh will transform one of them into Demogoblin! And as Hell's Kitchen looks more aptly named than ever, Typhoid Mary is in her element — and that's bad news for Daredevil!