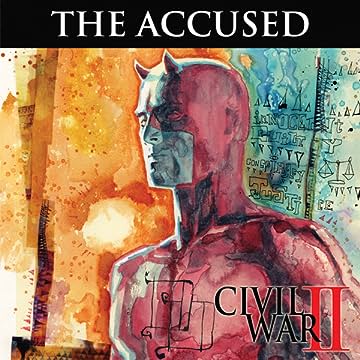 It's the trial of the century! As a beloved Avenger falls, another takes the stand to answer for his death. As Hawkeye stands trial amid a case full of super heroes and politics – who will prosecute? None other than Matt Murdock – Daredevil! But when Matt digs into the case and secrets come to light...he may not like what he finds. Has Daredevil bitten off more than he can chew? Amid a growing conspiracy, can the Marvel Universe's most stalwart defender of justice promise a fair trial? The answers won't come easy.