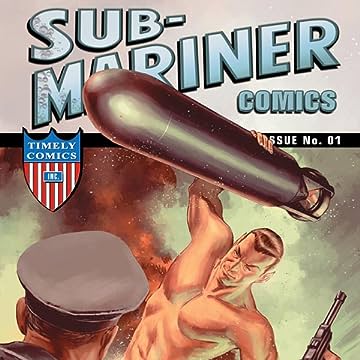 It's the year 1940, and thanks to policewoman Betty Dean, the young Namor the Sub-Mariner has momentarily halted his jihad against the surface world. But now, an envoy from the Axis powers attempts to sway the undersea prince to the Nazi cause! Can the less worldly Sub-Mariner be tempted? Plus, a second never-before-seen Namor story by Mark Schultz and Al Williamson, and a reprint of Namor's first appearance from 1939!