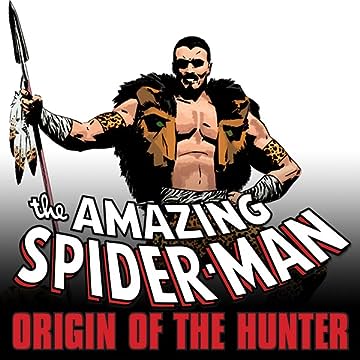 You know them as the sinister masterminds behind AMAZING SPIDER-MAN: THE GAUNTLET, now rediscover the origin of Spider-Man's fiercest familial foes, the Kravinoffs! Once the greatest hunter of all time, Kraven had single-handedly trapped and killed every type of beast that lives, until his obsession with Spider-Man drove him to his grave. Now, with his journal uncovered by his daughter Ana, witness a more in-depth look at his earliest battles with Spider-Man!