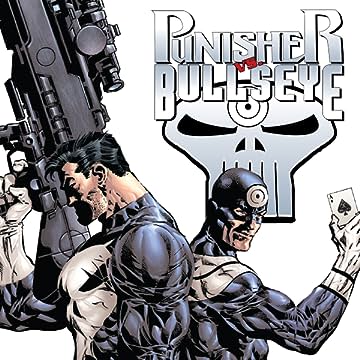 Alphonse Patrillo's a rare breed: a mob boss who looked down the barrel of the Punisher's rifle, and lived to tell about it. Ever since that day, he's taken pain, great pains, to stay under the Punisher's radar while plotting his revenge. Now Uncle Fonzie has got a plan: he's going to fight fire with fire. Who do you hire to take out a relentless psychopath like the Punisher? An even more relentless psychopath. And this guy, well, let's just say he never misses.