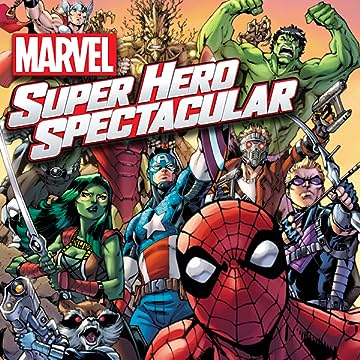 A Super Hero Extravaganza the likes of which the world has never seen! Get a front row seat to the hottest ticket in town as we unveil Saturnalia and the Interstellar Circus Spectacular! But there's more to these three rings than meets the eye! Featuring a wild array of new characters and some of Marvel's all-time most popular super heroes including the Avengers, the Guardians of the Galaxy, and Spider-Man!