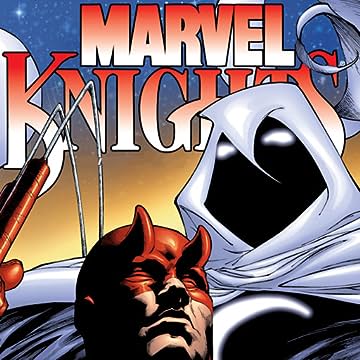 Marvel's urban warriors form an ever changing, ever unpredictable, street-level strike force! Can't get enough DAREDEVIL? Getting the shakes for your next hit of PUNISHER? Then stand back as the best and darkest from the Marvel Knights stable gather together to spread a little joy to the skels of the Marvel Universe! Who's going to cover for the Fantastic Four when they blast off into deep space? Who's going to pick up the slack when the Avengers charge off to Wakanda? Who's going to protect the "everyman" on the street from the common-and not so common-criminal element of New York City? How about the most oddly matched non-team to ever tear apart the House of Ideas? Be there on the ground floor-before it's blown to bits-as Daredevil, Dagger, Black Widow, Shang Chi and the Punisher unite for the first time ever!