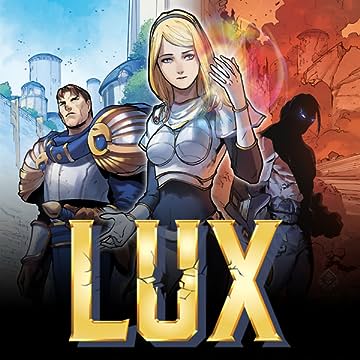 FIRST IN A NEW SERIES THAT EXPLORES AND EXPANDS ON THE FAN-FAVORITE LEAGUE OF LEGENDS LORE! Demacia is a peaceful utopia where order reigns. Maintaining that order at any cost are the Mageseekers, who hunt down anyone utilizing forbidden magic. Hailing from a respected noble family, LUXANNA “LUX” CROWNGUARD is destined for a life of privilege—but is hiding a terrible secret. As her own magical light powers emerge, Lux must decide whether she stands with her brother GAREN and the ruling class of Demacia…or the downtrodden mages at the fringes of society. Written by Riot Games’ John O’Bryan and illustrated by Billy Tan, Haining and Gadson of Tan Comics, LUX #1 is an all-new adventure exploring another facet of Riot Games’ LEAGUE OF LEGENDS lore in the Mighty Marvel Manner!