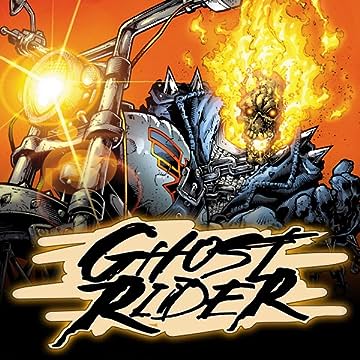 Get out your leather and fire up that hog, because the original Ghost Rider is tearing up the highway once again, and he's badder and wilder than ever! A flaming skull. A cold metal chain. A revved-up Harley. It's been a long time since Johnny Blaze lived the life of the Ghost Rider. Now he's back, and roaring off on his most insane adventure yet! But this is a wilder, more uncontrollable Spirit of Vengeance than he's ever experienced! So if Johnny wants to live life in the fast lane, he might also end up splattered all over it as roadkill!