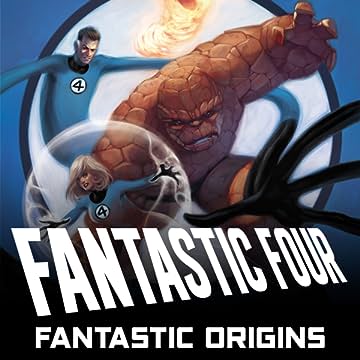 Collects Fantastic Four: Season One, Fantastic Four (1998) #570. In Manhattan's most famous skyscraper, the Baxter Building, scientific genius Reed Richards hatches a plan that will change the lives of those he loves most — and the course of human history — in ways no one could have imagined! Revisit the story that irrevocably altered comics and pop culture, retold in modern style! Join Reed Richards, Susan Storm, Johnny Storm and Ben Grimm as they travel to the stars — and return with fantastic powers! And witness the FF's cataclysmic first battles with the Mole Man and Prince Namor, the mysterious Sub-Mariner, in a way you've never seen before. You only think you know the story!