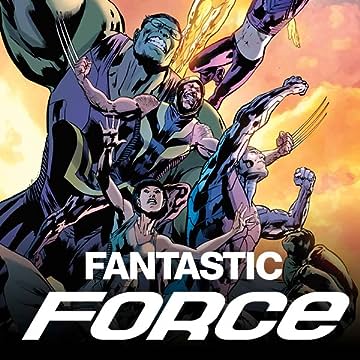 The Hooded Man! Lightwave! Banner! Natalie X! Psionics! Alex Ultron! They're the last six superhumans from a devastated future! They've rescued the remnants of a devastated humanity by relocating them to an artificial planet in the present day! Now they face their greatest challenge—to create a better utopian society! But there are vast forces from across the Marvel Universe who will move against them—plus a threat from their own era they thought they'd left behind!