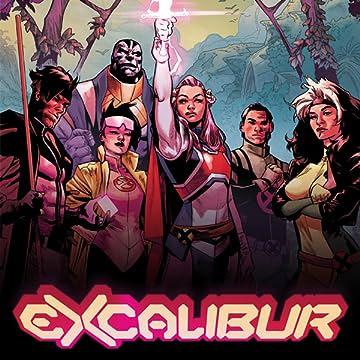 Collects Excalibur (2019) #1-6. Forging a new dawn! A fresh era is beginning for mutantkind, but war rocks the magical Otherworld! And when a portal opens between Otherworld and Krakoa, magic and science collide violently - and Betsy Braddock finds herself transformed into the new Captain Britain! Betsy is joined by allies Rogue, Gambit, Jubilee, Rictor-and Apocalypse?! But whose side will they take in the Otherworld war? As the new captain faces the truth about her brother, she must choose her path forward - even as MI13 and agents of the British crown learn of her ascension! Meanwhile, Rogue faces an uncertain fate - and while she sleeps, she dreams! En Sabah Nur performs a ritual, and the throne of power changes hands-but to whom? What will happen when the rise of mutantkind confronts the reign of Morgan Le Fay?