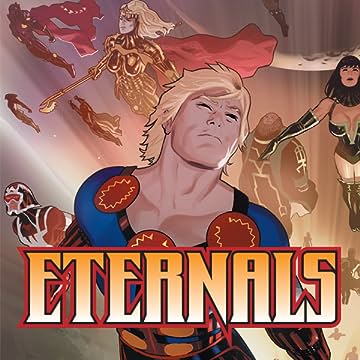 When the Eternals are dispatched to investigate strange goings on in Madripoor, they arrive to discover a threat to all of humanity that could render the Horde's impending arrival of no consequence! Born of the Celestials, the Young Gods believe themselves superior to the Eternals. But one question plagues them: why were they created? Left to determine the answer on their own, the Young Gods' efforts to this end may prove to be the end of all humanity... and only the Eternals stand in their way! Tremble mortals, for the gods are going to war!