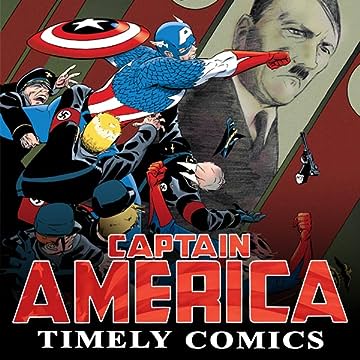 Leading off a series of celebratory specials commemorating Marvel's 70th Anniversary, James (STARMAN, SUPERMAN) Robinson and Marcos (AMAZING SPIDER-MAN) Martin bring you an untold story of the living legend. In the days before he becomes Captain America, a scrawny kid from Brooklyn named Steve Rogers shows the world that you don't need a super-soldier serum to be a hero. Plus a classic Captain America tale from the Golden Age by Joe Simon and Jack Kirby.